Ngorongoro Conservation Area, NCA, was gazetted in 1959 as a multiple-use landscape, where wildlife and traditional pastoralist could continue their co-existence. Since then, the human population has increased more than 10-fold, mainly through natural growth. 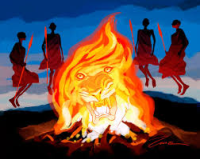 Immigration into the area is not permitted. Meanwhile, their livetock, which is their main livelihood, have remained almost constant – resulting in fewer livestock per capita. While a few herders own massive herds, the vast majority of the families live well below poverty levels, and under increasing need for outside food and livelihood support.Maasai live rather harmoniously with wildlife. Their cows and wild zebras often graze side by side, and relaxed giraffe are often seen wandering right by the Maasai. But in the past Maasai worrious would kill Lions when hunt down cattles and the ladies would love them more when they kill many lions but now days there was a big education on not kill the lions and give them the way to protect maasai soceity with lions. 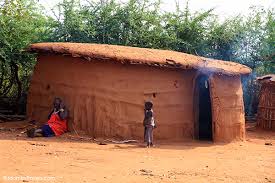 Skolio. To become Moran young boys have to be circumcised and wear black clothes and paint white in they faces and in this time they are hunting and so excited to become morani

BE A CHANGE MAKER